PS4 gamers were greeted with a malicious message over the weekend that caused many of their consoles to brick, forcing them to factory reset and delete their gaming history.

Several gamers set up various threads on the PS4 subreddit discussing the glitch and warning of the message which contained a string of characters that were causing the consoles to crash.

While sometimes it’s okay to just ignore messages such as these, many complained that the message notification popping up on screen was enough to cause the crash, whereas most crashes were due to opening the message.

First news of the bug surfaced after a Reddit user encountered it while playing an online match of Rainbow Six: Seige. The Redditor received a suspicious message from a player on the opposing team and their PS4 was instantly glitched upon opening it. 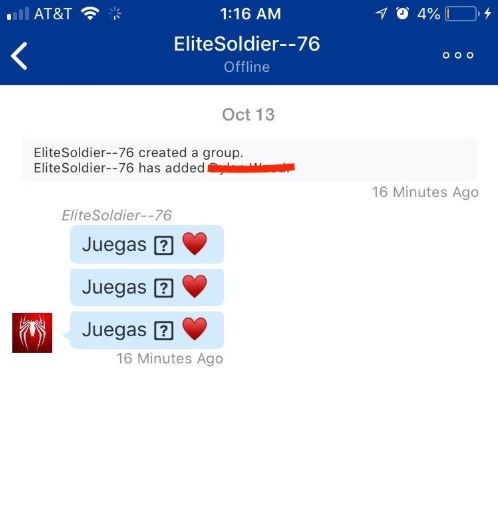 Sony has acknowledged the problem in an email to gaming news blog VG24/7 and stated: “We are aware of the situation and are planning a system software update to resolve this problem”. No further updates or resolutions have been reported.

Those who have been affected by the message claim that the message remains on the console and resets it each time they try to turn it on, so they have had factory reset their console, which also deletes their entire gaming history.

Another reported fix is to delete the message using the PS Messages app, which is available on iOS and Android, or via the My PlayStation site. Removing the need to delete their saves.

Some have claimed that booting the console in safe mode and rebuilding the database has been effective.

In the interim, until this bug is fixed, PS4 gamers can set their messages to private. Go to the console’s Account Management menu, then Privacy Settings and Personal Info, where message settings can be updated to Friends Only or No One.

Redditors also advise that gamers should disable friend request since those may include personal messages in the request.