And in what could well have Apple gnashing their teeth in frustration, the Korean Company has also established a new benchmark for what a smartphone camera can do.

The new devices will go on sale in Australia on March 26th pre orders open on February 26th at carriers CE retailers and at Woolworths.

At the top end of the range the S9+ is a tad bigger at 158.1mm high x 73.8mm wide it’s also x 8.5mm thick and weighs in at189g it’s also waterproof.
Under the bonnet is an iris sensor, pressure sensor, accelerometer, barometer, and fingerprint sensor.

In order to enjoy what Samsung claims is a a truly cinematic mobile viewing experience, the Korean Company has leveraged their aquisition of Harman to deliver a new premium sound system in the S9.

To enable users to experience true auditory immersion, Samsung placed powerful, AKG-tuned stereo speakers at the bottom and earpiece of the Galaxy S9. Together, the speakers pump out audio that’s not only loud, but also rich and balanced, no matter the volume.

This means that whether you’re streaming the latest binge-worthy show or jamming out to a new playlist, the Galaxy S9 will deliver high-quality audio that keeps you engaged and makes your show, song, or podcast that much more enjoyable.

The Galaxy S9 also features a Dolby Atmos effect that gives users listening through headphones or the device’s speakers the sensation that they’re experiencing 360-degree surround sound. The clever feature carefully analyzes how key variables affect the audio in order to create the most immersive sound experience possible.

The function enriches both Dolby Atmos-exclusive content as well as various other forms of media, and may easily be toggled on or off.

Samsung focused it’s unveiling on the bolstered camera. It has a feature that lets users take clear pictures in very low light by taking 12 photos at once and stitching them together to form a crisp image.

Samsung also launched a feature called AR Emoji, which allows a user to take a selfie and turn it into their own custom emoji. The camera can track a person’s face and mimic their facial expression on the digital version of themselves too.

AR Emoji rivals Apple’s iPhone X feature called Animoji. These are animated characters that mimic a person’s face when they move it. Samsung’s offering is different because it allows a person to create an emoji version of themselves.

To get people to upgrade from earlier model smartphones, Samsung has revealed a new trade-in program in partnership with mobile networks, where users can get money for their old devices. The hope is that it will make buying an expensive phone more palatable and encourage people to upgrade, which will be key for growth in an increasingly saturated smartphone market.

“At the end of the day, if Samsung really wants to keep a user base properly, they need to give the tools for current users to trade in devices to make sure they feel like they aren’t losing money,” Francisco Jeronimo, research director for European mobile devices at IDC said at MWC.

Samsung also showed an improved version of Bixby, its smart digital assistant. In one demonstration, Samsung showed how Bixby could live translate a piece of text. The South Korean electronic giant also unveiled a new version of Dex, which allows a user to connect their smartphone to a bigger screen, to turn it into a full PC experience. 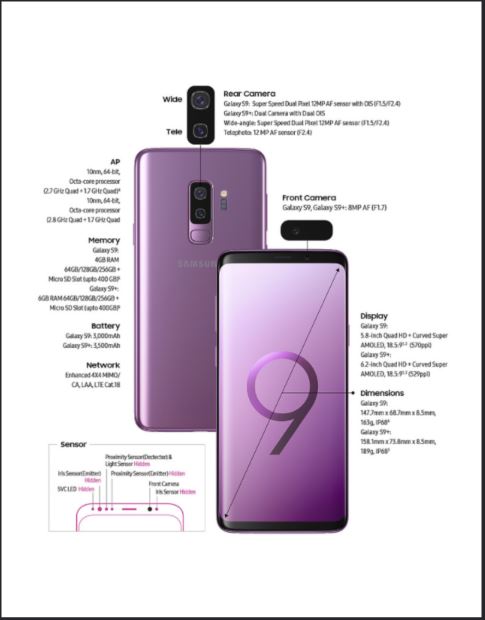 ACCC Inquiry Into Facebook & Google Tipped To Be World’s Broadest

MWC: The Inside Is What Has Changed With The New Samsung S9, Especially The Camera