Nvidia CEO Jensen Huang presented a new generation of graphics cards on Monday night, discussing the new Turing GPU architecture powering the upcoming generation, giving full specs and American pricing for each model. Australian prices have since been released and are listed with the specs for each card below.

At a keynote in the lead up to Gamescom in Cologne Germany, Nvidia focused their announcements on gaming graphics cards, having released information regarding their professional grade Quadro cards last week. We will also be getting a new SLI connector, the GeForece RTX NVLINK Bridge, which Nvidia claims is 50 times faster than previous SLI technology. The VLINK Bridge will start at USD$79.99/AUD$119.

Nvidia announced which games would be able to take advantage of the newest features. Gamers will be able to experience ray-tracing and other new functions in Battlefield V, Shadow of the Tomb Raider and Metro Exodus.

The Turing features will set a new high standard for gaming graphics, with ray-tracing occurring in real time set to provide all new possibilities in dramatic lighting. Turing also works to employ an AI to intelligently improve image quality on the fly and when working in tandem with the new generation GDDR6 RAM, it will be able to use all new shading techniques at high frame rates.

Nvidia also unveiled what features we can expect from the RTX range as a whole. On launch, each RTX card will have drivers available through GeForce Experience, meaning they will be no longer accessible through the Nvidia website.

The RTX range will be Shadowplay ready on launch for recording gameplay, as well as supporting Nvidia Ansel which allows players to capture photos in 360 degrees, HDR and super resolution.

All RTX’s will support G-Sync and HDR up to refresh rates of 240Hz, as well as 4K.

At the event, Nvidia advertised cheaper prices of USD$499, USD$699 and USD$999 – which will most likely be produced by video card partners and not included in the Founders range. They did tease a second RTX 2070 during the launch. Discovered by Gizmodo, 3rd party models were leaked from the Newegg website.

Model by model, this is what we know so far: 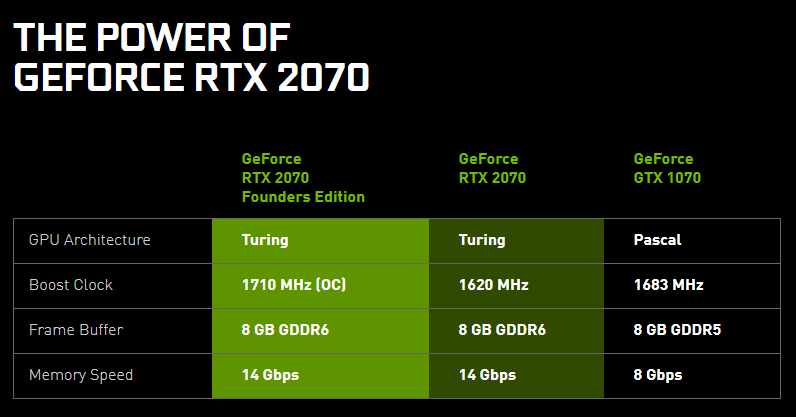