The Australian smartphone market suffered a 9.0% YoY decline in shipments in 2018, despite which Alcatel managed to sell close to one million devices in Australia alone.

The IDC recognised the company as the number three smartphone vendor by volume here in Australia, growing 14.7% YoY.

Alcatel has been in the third position throughout 2018 and for the past 14 consecutive quarters.

However, one of its competitors OPPO is right on its tails, with IDC reporting a 73.5% YoY growth.

According to IDC findings, Australia’s smartphone market experienced the largest recorded decline in any year to date, plummeting to just below 8.2 million in 2018.

Despite these negative numbers, the research group predicts the Aussie smartphone market will stabilise in 2019.

“An overall lack of innovation and improvement in smartphones in recent years is extending replacement cycles,” says John Riga, market analyst for mobile phones at IDC.

“This is in line with the trend seen in other developed markets, where many consumers are holding off on upgrading to the latest device. At a local level, economic factors also drove this decline, with falling consumer sentiment indicating lower demand and minimal real wage growth limiting household disposable income.” 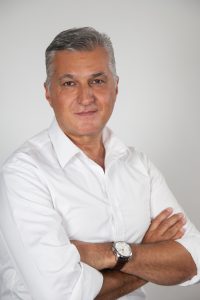 Riga also pointed to recent smartphone innovations expected to be launched in Australia — including foldable phones — which he believes may turn the tide.

Alcatel MD Sam Skontos disputes Riga’s beliefs and instead considers pricing to be a bigger issue with Australian consumers.

“The pricing on smartphone devices is simply getting ridiculous and consumers are now clearly seeing that highly-featured phones do not need to cost the same as a large screen 4K television or around the world airfare,” says Alcatel MD Sam Skontos.

“This is only reinforced by the fact that while the market overall decreased significantly, we experienced a record year off the back of bringing affordable innovation to Australians.”

Time will tell, but with the latest flagships from MWC announced and most continuing to cost significantly more as the years progress, it’s likely Alcatel will remain a top-seller in Australia.