When it comes to Samsung, there is nothing cheap when it comes to their premium products in particular their range of tablets, but the big question is whether their Android OS tablets are better than an iPad, we take a look at how the new $849 Samsung Galaxy Tab S5e stack up in the premium tablet market.

The first thing you notice about this device is the brightness of the screen and the fact that the device is wafer thin, in fact it’s so thin that Samsung should include a protective covering in the box as they do with their premium smartphones, but then again the Korean Company want you to fork out a few more dollars for one of their accessories which includes a keyboard. 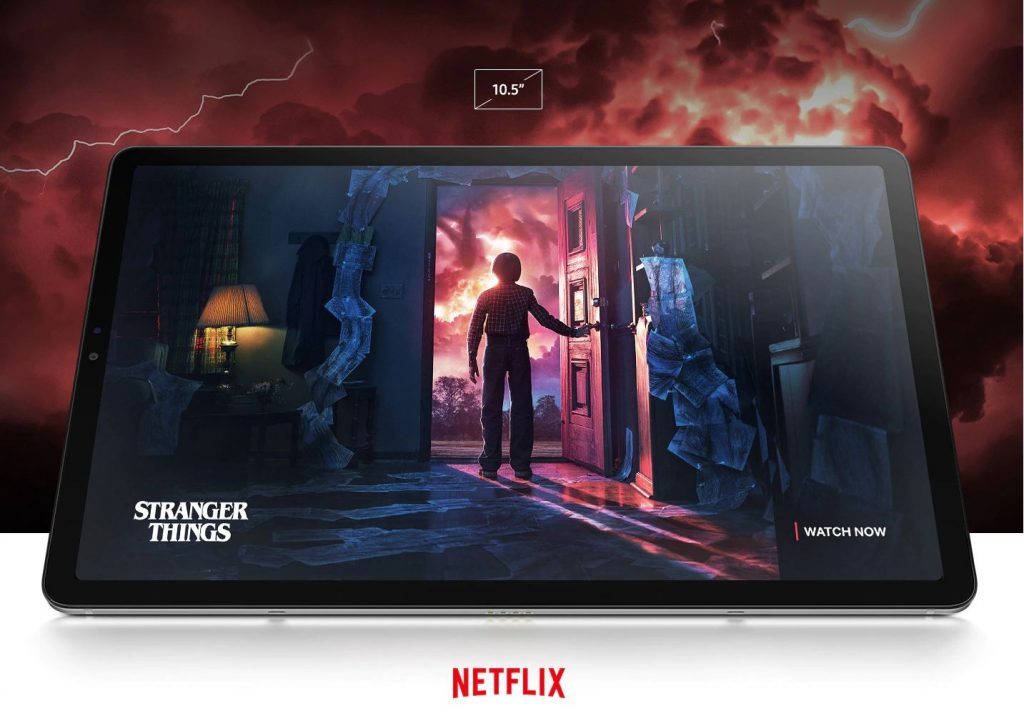 The Galaxy Tab S5e is similar to the older Tab 4 the big difference is the 5.5mm slim design and the fact that the device only weighs in at 400 grams, which while being nice does make the device difficult to handle in the hand which is why I am advocating that anyone buying this product that you immediately invest in a cover or a good insurance policy.

A visit to the accessories section of the Samsung Australia web site reveals some of the issues that come with such a thin device with a least two users complaining that their warranty was voided after the tablet was dropped from knee height.

The rear of the tablet is metal, and the display houses a 10.5-inch AMOLED panel which is brilliant especially when watching Foxtel Sport or a movie. The 2560 x 1600 resolution gives the tablet a 16:10 aspect ratio which is not necessarily the best out there but it’s more than suffice for most applications and above all superior to a similar iPad model.

The device also comes with a Quad Speaker system with sound drivers developed by AKG.

The Galaxy Tab S5e also features face recognition so that the only person viewing your personal content is you. What’s more, Fingerprint Scanning is available straight from the Power Key so you can skip having to type in passwords when you need to open your device in a hurry.

What’s missing from this and every other Android OS tablet is a commitment from Google to develop a better tablet OS that I believe would have driven market share for Google’s own business apps on a tablet similar to the Galaxy Tab S5e. And while there is a dearth of tablet-optimised apps on Android it would be nice to see a unique tablet OS.

However, this could be too late after Samsung did a big song and dance act yesterday when cuddling up to Google archrival Microsoft at the launch of the new Note 10, this is a relationship that will drive better integration of Microsoft software and Samsung hardware.

Another plus for users of this device is that Samsung has built in their DeX Mode technology that allows one to toggle right into a desktop like environment. When paired with the keyboard case, the Tab S5e gives you a netbook-like experience.

I am a big Android tablet user first thing in the morning when I am scrolling through emails and news stories and in the evening when reading or watching content.

I always travel with my tablet as well as a notebook and when I had to write a story, I found this device extremely good as I did with my Tab 4.

Another big plus with this device is battery life especially when reading or listening to music. The device has a 7,040mAh battery, and if one considers the frugal chipset and the AMOLED panel performance getting over 12 hours is a big plus.

The 4GB of RAM also delivers ample performance and I was never left waiting for an app to load or when it did perform as specified.

The key accessories are as listed below however they seem to add function over protection if the reviews are anything to go by.

Having said that I have never had a damage problem with a Samsung tablet though my Tab 4 did lock on and prevent me from using it, this was quickly fixed by Samsung.

The Samsung Tab S5e is a seriously credible table that has its own unique performance pedigree, I believe that the Android OS and the range of available Android apps coupled with Samsung’s DeX capability make this an ideal workhorse device, the sound is good and watching a football game is not only easy on the eyes the display is as good as many TV’s out there.

While you can play an abundance of games on this device it is more fun gaming than performance.

REVIEW: Xiaomi Mi9T – A Weird Phone In A Good Way

Who Will Be The First To Adopt 5G?
in 'News'
ALDI Unveils Its Biggest TV Ever, 4K UHD Under $2K
in 'News'
Huawei Gives iPhone Fans Free Portable Chargers – “You’ll Need It”
in 'News'