After accidentally leaking its new smartphone prior to yesterday’s IFA press conference, Sony has now revealed its latest audio products, including a revamped Walkman.

Looking to capitalise on the recent trend towards nostalgia and the 40th anniversary of its category-defining Walkman products, Sony has announced a special edition commemorative device.

The NW-A100TPS 40th Anniversary Walkman ($599) has a garish 40th anniversary logo printed on its rear, presumably to encourage consumers to use the included soft case, with a design inspired by the original TPS-L2 Walkman released in 1979.

Retro trimmings aside, the 40th Anniversary device is based on the new A100 Walkman, a thoroughly modern portable digital audio player, supporting high-res audio up to DSD 11.2MHz and PCM 32-bit/384kHz.

It also runs Android, and as tipped last month, supports Wi-Fi and connects with Bluetooth devices, meaning listeners can make use of a variety of platforms offering modern streaming convenience.

An aluminium frame houses a 3.6-inch HD display, and while built-in storage is only 16GB, it can be expanded via MicroSD.

Charging and data transfer is via USB-C and Sony claims a fully-charged battery will last up to 26 hours (using a wired connection and the Sony app to play 128kbps MP3, so using the high-res, wireless Walkman as intended will probably yield lower usage times).

The NW-ZX507B will also arrive down under in January.

The special edition NW-A100TPS will be available from December.

The buds claim 8 hours of use with an additional 8 hours coming from its portable charging case.

Quick charging is claimed to provide 70 minutes playback off a 10 minute charge.

Sony said the in-ear buds have been optimised to work with the Google Assistant, which makes sense given the company’s phones and Walkman devices both run the tech giants’s Android OS.

The Sony | Headphones Connect app provides control over EQ and surround sound presets, both for the buds and the new headphones. 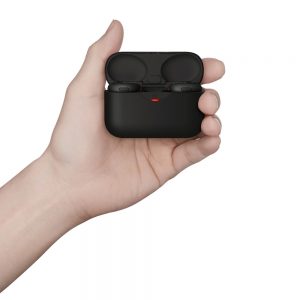 Listeners can also quieten music to listen to things like train and airport gate announcements by holding their hand over the ear cup to enable Quick Attention Mode.

The headphones make use of LDAC, making them an ideal high-res wireless pairing for the new Walkman models.

Sony claim a battery life of up to 35 hours, with an additional 2.5 hours off a 10 minute quick charge. 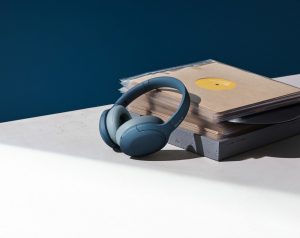 Both models are also due to go on sale in Australian around January of next year.

The neckband is claimed to offer 10 hours of battery life with active noise cancelling turned on and connected via Bluetooth.