Lenovo has confirmed that its ultra-thin Chromebook Duet notebook will be available in Australia from July and the local RRP will be A$599. The product was launched in North America earlier this month for US$279.99.

As a two-in-one tablet device, the Chromebook Duet comes with a keyboard and kickstand hidden in the back cover, allowing it to function as a laptop or a tablet.

The detachable keyboard is responsive and ergonomic, and while it is small, it spans 10-inches and the pitch (that is, the space between the centres of each key) is still 18 mm. Standard computer keyboards have pitches of 18-19 mm.

It comes with a removable back cover of fabric that has a hidden kickstand. When extended, this stand props the Chromebook Duet at a 135° angle. Powered by the latest Chrome OS, the Lenovo Chromebook Duet offers greater multi-tasking functionality and makes it even easier for users to navigate with touch. The picture-in-picture feature applies to all Google Play Store apps so you can watch a video app and work at the same time. This is particularly handy for students, who, because of COVID-19, now need to watch videos online.

What’s more, the Chrome OS will automatically update for up to eight years.

The screen spans 10.1 inches, with a FHD 1920×1200 resolution display. It is also equipped with dual mics and dual speakers, for an engaging viewing experience, and dual mics for making video calls. 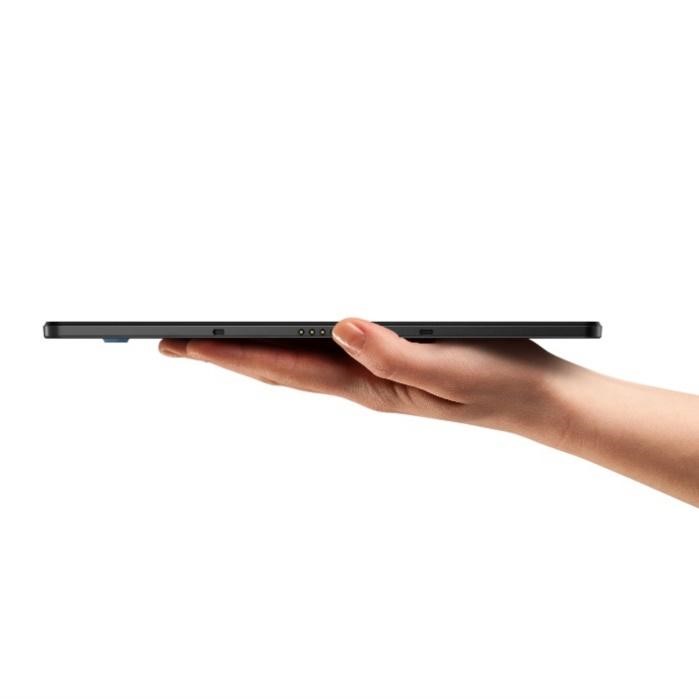 Designed to be highly portable as well as functional, the Chrome Duet has a slim, detachable keyboard. The tablet weighs less around 450g, and with the keyboard it weighs around 900g. Its battery life lasts 10 hours, another important feature for portability.

Although the Chromebook Duet does not come with a stylus pen, it is compatible with USI Stylus pens, for expanding the device’s possible functions.